It rained, it blew, it flooded. Roads were closed. It was dark outside and yet it was very sunny and light inside for those who attended.

Thank you everyone – it was a lovely and a very well attended evening.

We had the draw as promised at the end of the night and Anne and Ben Robson kindly drew the raffle tickets.

We raised £180.00 for Homelessness in Sheffield.

A few days later I was able to deliver £200.00 to Anthony Cunningham who has worked hard to help and look after the homeless in Sheffield City Centre. 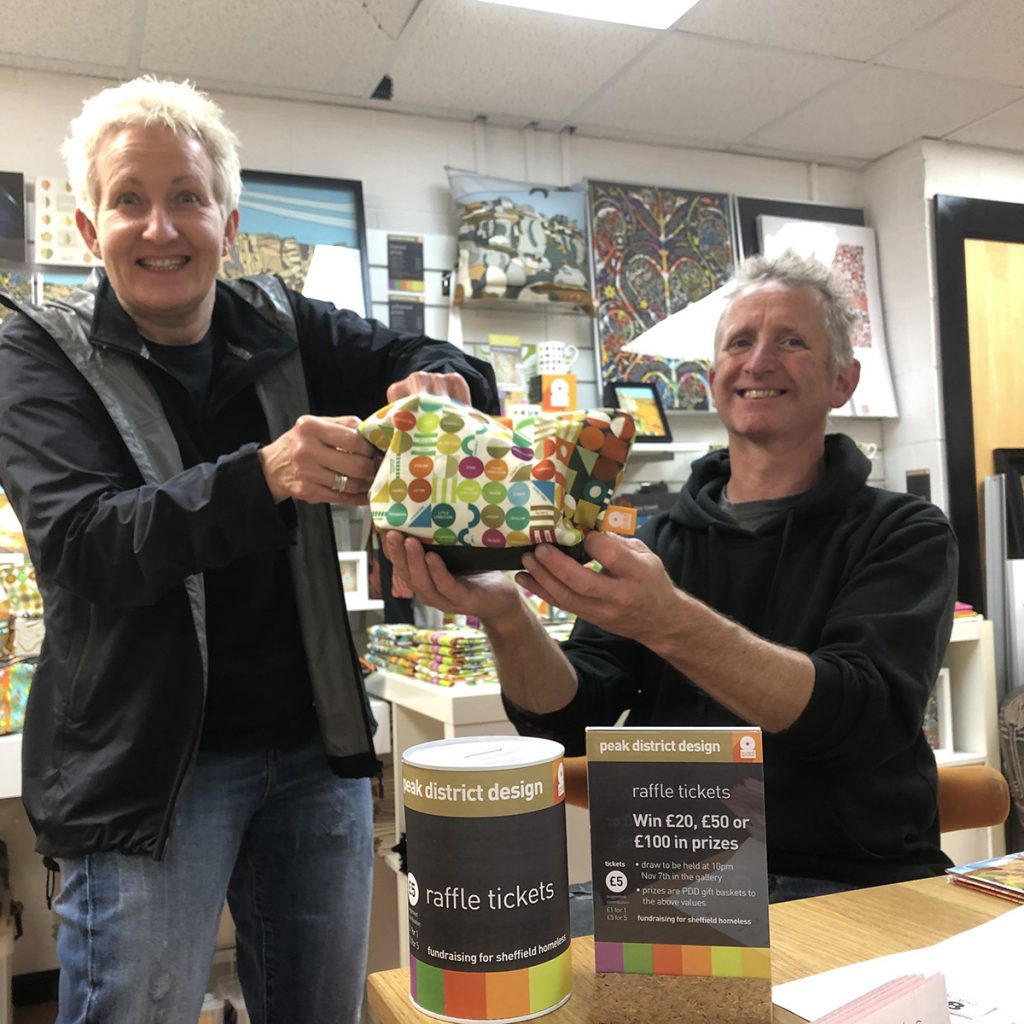